One question… When you first read the synopsis on the back, does your mind start thinking of so many ways this book can go?

When I first read the synopsis on Ryan’s Bed by Tijan, I knew I had to read this book (and even suggested this book to my Book Club but they went with another choice). 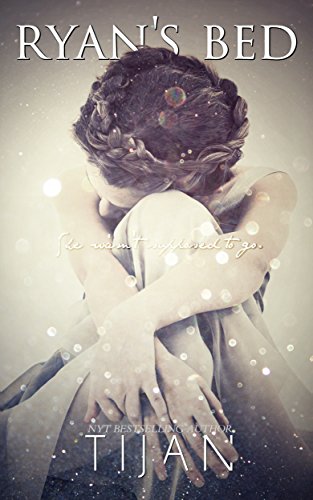 Synopsis:
I crawled into Ryan Jensen’s bed that first night by accident.

I barely knew him. I thought it was his sister’s bed—her room. It took seconds to realize my error, and I should’ve left…
I didn’t. I didn’t jump out. I didn’t get embarrassed.
I relaxed.
And that night, in that moment, it was the only thing I craved.

I asked to stay. He let me, and I slept.

The truth? I never wanted to leave his bed. If I could’ve stayed forever, I would have.
He became my sanctuary.

After I read this, I thought that this book will be about her falling in love with Ryan which was her best friends brother. Nope, I was wrong. Not her best friend.
I thought that throughout the book that she would not be able to cope with losing her sister. Nope, I was wrong. She became stronger!
So what started going through my mind was completely wrong, but you have to admit… sometimes that’s the best part of the book.
MacKenzie had to find a way to live, even if that included her going against bullies, yelling at her parents, sneaking out, underage drinking, and not attending her therapy sessions. She had to figure it out on her own, in her own time, and in her own way.
Everyone deals with death differently. I know that I did when I lost my brother at a young age. And it took me a few years later to realize that. And guess what? It is okay to talk to someone. In the story, MacKenzie struggled with accepting that talking to a therapist would help. In the end she did!
BUT… WHAT A TWIST! (I won’t give anything else away)
Find out MacKenzie’s story, the pain, and her happiness when you read Ryan’s Bed by Tijan.
Friends, if you know anyone that is thinking of committing suicide please ALERT someone immediately. If you are feeling suicidal there are people that would love to talk to you. The number is 1-800-273-8255 (https://suicideprentionlifeline.org)
I hope you are having a wonderful Monday. My Monday stinks but that will happen. There is always tomorrow 🙂
Wednesday, I have a new, fun topic for you. Stay tuned!
Always,
Kait