It is that time again for a Junior Book Club meeting! However, this time it is a sleepover and quite honestly.. I am not sure how I was persuaded for a sleepover. Anyways it is here and I am so happy to share with you all.

Before I discuss JBC, I want to give you an update on my review of Crown of Coral and Pearl by Mara Rutherford. One, I couldn’t put it down. This story was so intense from start to finish. All the characters were thought of the right way and the setting was so different but so fun to imagine it. Secondly, Mara really put thought into each page and the story line. It was so thought out that all you wanted to do is keep turning the page and even skim through it to see what is going to happen next. And sadly the last thing, the second book doesn’t come out for another year! Only thing that I am bummed about. Check out the cover and synopsis below!

Crown of Coral and Pearl by Mara Rutherford

The book that I started reading yesterday was Enchanting Sebastian by Kristen Proby. This is one of the four books that I bought from my birthday Amazon gift card that I received from my brother and his family. 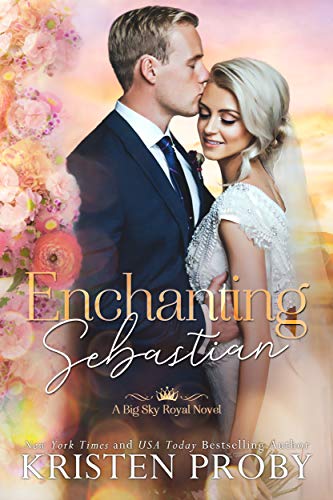 Turning thirty-five doesn’t mean much to most men. For Sebastian Wakefield, it’s the end of life as he knows it.
When your father is the King of England, thirty-five is the year that a marriage will be arranged, a suitable bride cementing a future you didn’t choose. The obvious solution for escaping the archaic laws of the throne is for Sebastian to leave the country. And where better to go than America?

Nina Wolfe has spent her career avoiding scandal. As a Hollywood publicist and minor celebrity in her own right, she knows exactly what it takes to keep the media at bay—and what will send them into a frenzy.

Prince Sebastian hiding out in Cunningham Falls, Montana is an unlikely story. Ending up in his bed, even more so. And keeping their arrangement out of the press might just be impossible. The ring on her finger is about to spark a firestorm that will change her life, and no professional spin will help Nina fit into the world of royalty.

Only love could write an enchanting new beginning—if they’ll let themselves fall.

The girls read Always and Forever, Lara Jean by Jenny Han. Some girls liked it and some girls not so much. But that is the beauty in book clubs because not everyone is going to agree on it and then turns out to be a great discussion. 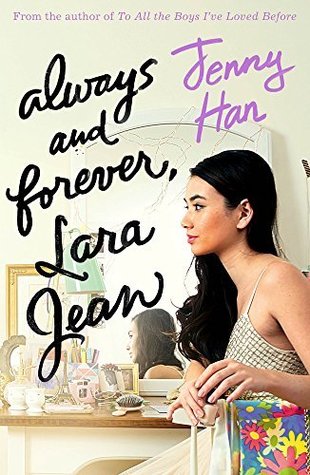 Here are the thoughts from the girls:

Julianna- I liked the part where Lara Jean’s dad gets married. I didn’t like how the book was so similiar to the movie. Overall, I like this book.

Hannah– I didn’t like anything about this book because it was not my favorite genre.

Sam- It was pretty good book but I like the first movie better.

I guess the girls like watching the movie aspect then the actual book. Do you have any suggestions on books for young readers?

It was such a fun night and I am looking forward to next sleepover! Now off to think of a good book for the girls!

Have a good week!