As we all know, I have my own obsession with Samantha Christy and I just can’t get enough of her books. It all started about two years ago when I stumbled upon Be My Reason. I was hooked since! And her books get better and better.

Reckless Obsession is a new series about some hot, sexy rockstars! We meet Crew and Bria and their sparks start to fly. However, there are many secrets that are hidden. Secrets that keep you up till all hours of the night reading. Secrets that have you telling your husband, just a few more minutes because you need to find out what happens. It’s an emotional roller coaster and you feel every feeling that these characters feel. And that right there… is a Samantha Christy book! That right there is what gets you obsessed with ALL of her books. Thank you Samantha and keep them coming! What a great first book in the Reckless Rockstar Series! 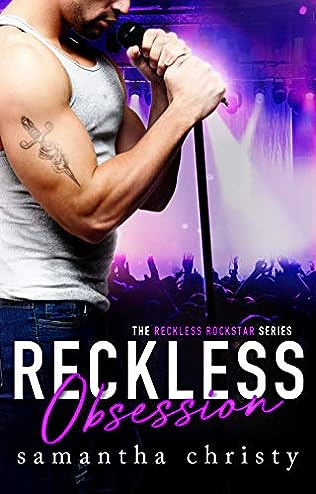 Music is my life.
It’s kept me breathing.
Even when I couldn’t eat, sleep, or sing, I could still write songs.
It’s the only thing that has saved me from going crazy.

Until the day Reckless Alibi decides to hire a girl.
Suddenly, everything from my past comes rushing back to me.
And now she’s there. For every rehearsal. Every show. Every moment. Every song.

We were supposed to be a boy band.
Now everything has changed.
I’m still breathing … but I’m sure as hell no longer sane.

I just finished up another book from Mia Sheridan called Where the Blame Lies. This is a book that I wouldn’t normally pick up but wanted something different during this quarantine. Plus, it’s always hard to follow a Samantha Christy book because you get in a funk. However, Mia Sheridan.. you did good!

This book in the beginning was hard to read. Hard meaning… the content I was reading. I don’t like reading about women getting hurt, terrorized, or even raped. But I pushed through and enjoyed the story line of finding out who did the heinous crime. So as you can see, this isn’t a story I would normally read but it was a book that I would recommend.

Where the Blame Lies by Mia Sheridan 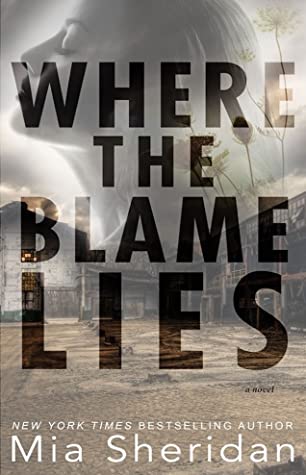 At nineteen-years-old, college student Josie Stratton was kidnapped by a madman and held shackled for ten months in an abandoned warehouse before she finally escaped her hellish prison.

Eight years later, when the body of a young woman is found chained in the basement of a vacant house, Cincinnati Police Detective Zach Copeland is instantly reminded of the crime committed against Josie Stratton. Zach was just a rookie on the perimeter of that case, but he’s never forgotten the traumatized woman with the haunted eyes.

As more information emerges, the crimes take on an even more sinister similarity. But Josie’s attacker died by suicide. Does the city have a copycat on its hands? A killer who picked up where the original perpetrator left off? Or are they facing something far more insidious?

Josie has spent the last eight years attempting to get her life back on track, but now there’s a very real chance she could be the unknown suspect’s next target. As Zach vows to keep her safe, and Josie finds herself responding to him in a way she hasn’t responded to any man in almost a decade, the investigation takes on an even more complex edge of danger.

As past and present collide, Josie and Zach are thrust toward a shocking and chilling truth. A revelation that threatens not only Josie’s life, but everything she’s been fighting so desperately to reclaim.

Now.. I have no idea what to read next. Any recommendations?

I am now 36 weeks pregnant and I can feel it getting closer and closer. It is just so crazy to me how quickly it got here! And how I think we are prepared with the baby room, our hospital bag, and everything else that you need to be. But are we? I told Eric, we are entering the hospital with just us two and coming out with baby. We will be party of three!

So yes, we are somewhat prepared but it will hit us when we come home from the hospital.

Stay tuned for the next few weeks!

Have a good week!