So you are probably wondering why my title has breastfeeding in it when this is clearly a book blog. Well I just wanted to tell my story on breastfeeding and maybe my story could help other moms or soon to be moms.

Our plan from the start was for me to breastfeed for three to six months. Now, if Cole couldn’t latch on OR if I couldn’t produce enough milk then we were okay to give him formula. We wanted the best for Cole just like every other parent or mom to be wants for their child. Cole struggled at first to latch on (he also swallowed amniotic fluid) and just wasn’t hungry. There were these two older nurses who were amazing and in the end he was able to latch on. However, I used a nipple shield. I used the nipple shield every time I breast fed. Moms, that nipple shield was a blessing. My nipples didn’t crack, hurt, or bleed. I recommend the nipple shield.

I breast fed Cole for 5 weeks. I started to pump after three weeks. Cole is a great baby but I felt like he was always hungry. There were times when I pumped I would get 2 ounces and other times 1 ounce. Also, I felt like I never had enough time to pump. Now I know that Cole sucking on my breast and the machine pumping can give me two different results but it still made me upset that maybe he wasn’t getting enough.

Since I was returning to work after six weeks of maternity leave, Eric and I made the decision to give him formula. Let me tell you.. I cried! I had to walk away when Eric gave him his first formula bottle and Cole took it like a champ. And by the end of the night, he puked because we over fed him and guess what? I cried. I was on an emotional roller coaster (my boobs were also in pain) because I truly wanted him to have my milk. On Sunday, I cried some more. At this point, Eric was concerned that I might have post par tum. I just had a really hard time with the change of going from breast feeding to giving him formula. It was a special bond that Cole and I had and I had a hard time letting it go.

In the long run of this long story, Cole is doing great. Mom is adjusting slowly but he is more full. So moms, if you are struggling with letting go of breast feeding just know that it is okay. That it will be okay! Your baby will be okay! We as moms did and gave the best that we can and no matter what.. they will always be our little baby!

I missed June releases but I am back to give you July releases! 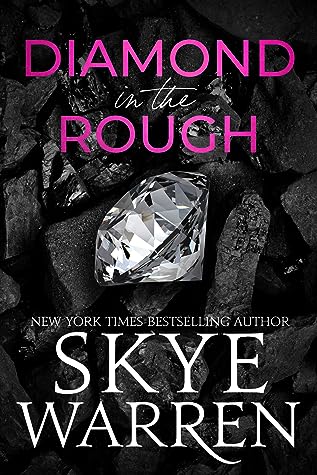 I’m stepping off a nine hour flight when it happens.
A white van. A dark hood. Every woman’s worst nightmare.

Now I’m trapped in an abandoned church. The man who took me says I won’t be hurt. The man in the cell next to me says that’s a lie. I’ll fight with every ounce of strength, but there are secrets in these walls. I’ll need every single one of them to survive.

The feud between Weston Lockwood and me started at the altar.

Only neither of us attended the wedding, and the nuptials happened decades before either of us was born.

Our grandfathers had been best friends and business partners, at least up until my grandfather’s wedding day—when his bride-to-be blurted out she couldn’t marry him because she was also in love with Weston‘s grandfather.

The two men spent years fighting over Grace Copeland, who also happened to be their third business partner.  But in the end, neither man could steal half of her heart away from the other.

Eventually, they all went their separate ways. Our grandfathers married other women, and the two men became one of the biggest business rivals in history.

Our fathers continued the family tradition of feuding. And then Weston and I did, too.

For the most part, we kept as much distance as possible.

Until the day the woman who started the feud died—and unexpectedly left one of the most valuable hotels in the world to our grandfathers to share.

Now I’m stuck in a hotel with the man I was born to hate, trying to unravel the mess our families inherited.

As usual, it didn’t take long for us to be at each other’s throats.

Weston Lockwood was everything I hated: tall, smart, cocky, and too gorgeous for his own good.  We were fire and ice.

But that shouldn’t be an issue. Our families were used to being at war. There was just one minor problem, though. Every time Weston and I fought, we somehow wound up in bed.

Wow! Another good one!

This is my first week back to work so it has been another adjustment for this Mama. Especially after the week Cole gave me. We struggled to find the correct formula for Cole and he ended up getting a rash all over his body which resulted us going to Children’s hospital. Cole is doing GREAT! We found a formula that works for him and the rash is gone. This mama on the other hand.. misses her baby boy so much!

Thank goodness he has my wonderful and amazing husband that will be home with him for the next two weeks!